There is no greater way to learn than to see the world with your own two eyes.

Exploring cities, countries, and cultures is one of my favorite things to do. I have been enriched by the places and people I have encountered.

I pursued graduate study at London’s University of Westminster in the field of Visual Culture. Earning a Post-Graduate Certificate of Visual Culture in 2011, I discovered how visual culture is created, communicated, curated, and consumed.

My main focus of study was female representation in contemporary western media under the advisement of Peter Ride and Steven Barfield.

I studied in Sydney and Cairns, Australia the summer of 2008 with Professor Stephen Torres and Professors Charles and Dian La Tour. Peter Stewart presented a private lecture to my fellow classmate and me on the topic of Australian and Aboriginal culture. 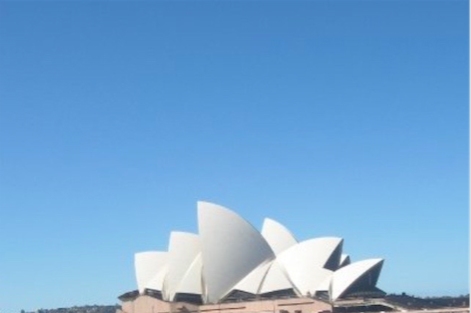 My areas of study included:

My international education began when I studied in London in the fall 2006 with Professors Alistair and Emily Duckworth, and Mark Cooper.

My areas of study included:

South Boston
Boston, MA 02127
All content, including photos & graphics, is sole property of Jessica Toukatly and is not for use without expressed permission in written form
Loading Comments...